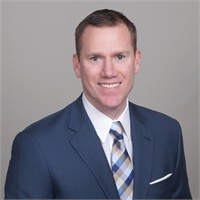 Shawn began his career in financial services in 2011 when he formed Terrell Financial, LLC. Prior to this, he spent 10 years working as a television sports anchor throughout the Midwest.

Shawn was born and raised in Iowa. He grew up in the small town of Peterson, located in the northwest corner of the state. Shawn received his Bachelor of Arts from The University of Iowa in 2000.

Shawn and his wife Laura live in West Des Moines with their son, Teddy. When away from the office, Shawn enjoys following the Iowa Hawkeyes, Chicago Cubs, and riding his bike whenever possible. He’s also a music aficionado and has been to more Pearl Jam concerts than his wife would like him to admit.